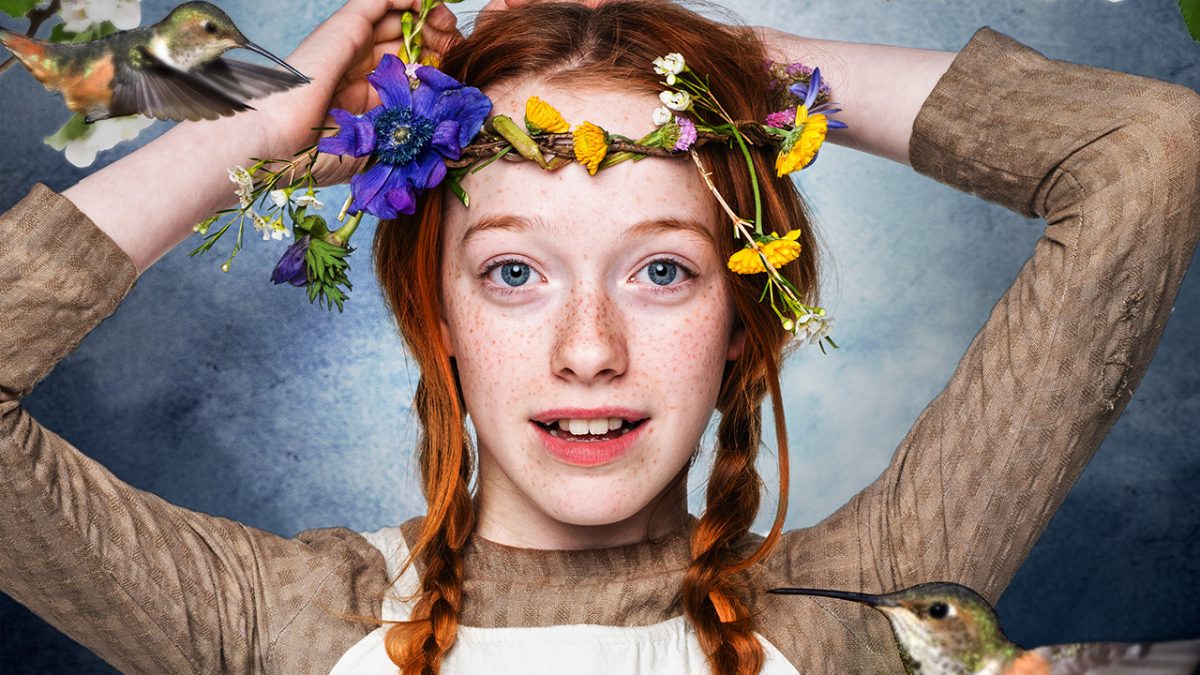 I was a bit surprised but happy to find Anne with an E, Season2, back on Netflix and immediately clicked on the first episode and stuck. In these times we can all do with a bit of Anne of Green Gables to sweeten up a few hours. And, yes, she’s still an excitable dreamer that we got to know in Season 1. Although 2 years or so had passed since the end of Season 1.

I started watching the first four episodes and had to stop or might’ve watched the entire series in one night!

Anyway, when we last saw Anne, she and Jerry had returned from a visit to Aunt Josephine with two grifters in tow. At the start of Season 2 the grifters, Nathaniel (Nate) and Mr Dunlop, are settled into life at Green Gables and have started putting their plans into place in order to benefit financially at the expense of the good people of Avonlea. Of course, busybody Anne won’t let them have it all their own way.

Gilbert meanwhile is working on a steamer ship, travelling the world and has befriended a Jamaican man.

I don’t want to give away too much about the first few episodes, except to say that although Anne, Diana, Gilbert and the rest of their schoolmates have all grown a few centimetres since Season 1. Other than that, Anne with an E moves seamlessly between the seasons. There’s still the same charm. Anne is still Anne. Matthew and Marilla are still themselves. Which is pretty much all I can ask from a series whose first season I loved. 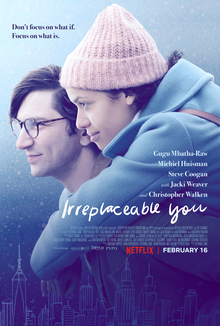 Irreplaceable You is a Netflix movie about a woman named Abbie (Gugu Mbatha-Raw), who is in her early 30s and had just become engaged to her long-time boyfriend. She thinks she might be pregnant, but her doctor diagnosis with stage  IV cancer instead.

Abbie’s a Type-A personality, a total control freak, so she tries to arrange a partner for her fiancee, Sam (Mikiel Huisman), for after she dies. From the first scene in the movie, we’re told that this is Abbie’s story. Which needed to be said, because we have no idea how Sam feels about his fiancee’s imminent death. He does get upset when he finds out that he’s planning for life after her death. Although he never gives the impression that he would have a tough time moving on. He actually never gives the impression that’s he’s madly in love with her either.

Abbie’s best scenes are with the Dominic (Timothy Simons), a nurse who sits with her through chemotherapy and Myron (Christopher Walker), a fellow cancer sufferer she meets at a support group for cancer patients.

I only found the Irreplaceable You emotional in the last 20 minutes or so and started tearing up after Abbie died. All the emotion of the movie is kept until the last few minutes.

It was the first time I’ve seen Gugu Mbatha-Raw onscreen and she’s beautiful to look at. I believe she has three more projects on Netflix which I’ll check out. However, I didn’t like either Abbie or Sam. Sam was almost a nonperson throughout the movie and Abbie was so shallow or up her own ass as Myron described her to his wife.

It was also kind of weird that Abbie showed little anger at the disease that was taking away her life or anger for the future she’ll never have. Other than obsessing over a partner for Sam, she seemed to have nothing left on her bucket list.

I would recommend this if you like chick flicks and tearjerkers on a Friday night. It’s a pretty harmless movie, 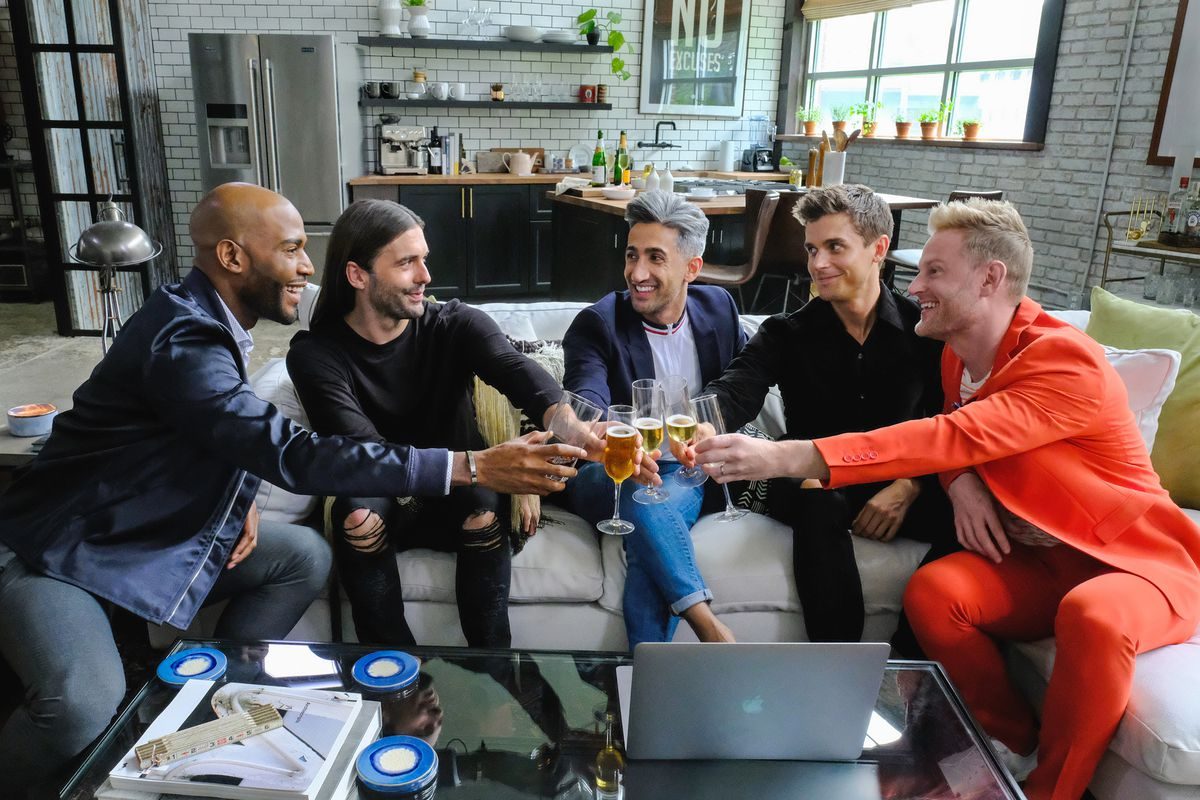 Late last week I noticed Queer Eye on the featured lineup on Netflix. I’d just read about it earlier in the day on Twitter so was keen to check it out. I knew about its predecessor, Queer Eye for the Straight Guy, but had never watched an episode before.

So this last week I watched all eight episodes of Queer Guy over about 4 days.

If you don’t know what Queer Eye is about, it’s five gay guys who make over the life of a guy at the request of someone close to him. They go in and redo his wardrobe, teach him to cook a meal/mix drinks, makeover his home, help him groom and teach him some life skills. This series of eight episodes is set in Atlanta in the US. Seven of the men are straight and one was still gay, but not completely out at the time the five guys arrived.

I’d never heard of any of the Queer Eye hosts before. They are: Tan France (fashion), Jonathan Van Ness (grooming), Bobby Berk (interior design), Karamo Brown (culture), and Antoni Porowski (food and wine). As per the title of the show, they’re all gay and throughout the episodes, we get to know bits of their coming out stories. Some of the best parts of the show is seeing how at least of the guys identify with aspects of the men they are making over.

Who are the makeover candidates?

The men makeover candidates all have issues with their self-confidence which manifests in the how messy their homes are, their dress sense (or lack of it) and the way most of them keep people at arm’s length. By the end of the show, they experience some sort of emotional breakthrough. I do wonder how long it lasts though. I hope there’s some sort of follow-up show.

Would I recommend Queer Eye?

I would most certainly recommend Queer Eye. I enjoyed seeing the transformation especially the personal makeovers. A haircut and personal grooming can make a huge difference! I like all five of the fab five. They’re likable and real, if sometimes a bit hyper. I already can’t wait for the next season. I could never stand watching the makeover shows on TV before because of all the breaks and advertisement. The best thing about Netflix? Not one single ad break!